Do you want to learn how to install a Z Line range hood?

ZLine makes three main types of popular range hoods, and the installation is very similar among all of them.

How To Install A ZLine Range Hood?

In this installation guide, I will be going over how to install the most common type of hood sold by ZLine—the wall mount. If you want to install a Zline under cabinet hood, check out this video guide.

Below are my detailed steps of a z line hood installation...

Read Also: What Are The Best 400-CFM Range Hoods?

When installing a ZLine wall mounted range hood, the first step is for you to find the center line (vertical) of the range hood.

The center line should be perfectly spaced above your cooktop or range, so that the hood can perform effectively at capturing smoke, grease, and cooking fumes.

If you can get a carpenter square or ruler, simply mark this center vertical line where you plan on installing the range hood with a pencil.

Now that you have a center line, the next step is to measure out the two mounting screws from the center line.

ZLine recommends that their range hoods be 30-inches to 36-inches above your cooktop or range.

Read Also: What Are The Best 36-Inch Range Hoods? (Review)

Before you screw in the two mounting screws, its important to note that these mounting screws need to go into the wood studs. The range hood cannot be supported by drywall because it is not strong enough.

It's also important for the hood installer to avoid damaging existing pipe or wiring that is within the wall.

How To Install ZLine Under Cabinet Range Hood?

Here is a great video by ZLine if you want to install one of their under cabinet kitchen hoods...

After marking the two mounting screws, install these screws but leave 1/4-inch of the screw head out of the wall.

Now it's time to mount the range hood on the 1/4-inch ends of the mounting screws.

And then simply finish fastening the screws so that they are flush with the hood and the wall.

The transition piece is what secured the round duct to the rectangular top of the range hood.

You will simply fasten the transition piece to the top of the hood with the supplied screws.

After you have installed the transition piece, it is time to connect the duct.

Simply place the end of the round duct over the transition piece circular collar, and you hold it in place with a metal duct clamp.

I also recommend putting one piece of aluminum foil tape over the clamp to make it more secure and air tight.

Once you have connected the duct, you will need to make the electrical connection.

Most ZLine range hoods will have a three pronged plug, and you can simply plug it into a kitchen outlet. The outlet should be on a 20-amp circuit.

If you don't have a nearby outlet and want to hardwire it, you will have to cut off the plug, strip the wires, and make the electrical connection with wire nuts. According to ZLine, the best outlet would be directly behind or to the side of the hood chimney.

Prior to installing the stainless steel baffle filters, ZLine advises to install the clear grease cup behind the blower motor. Now you can install the baffle channel and the baffles.

Make sure to remove any protective film over the baffle filters which may give it a white appearance.

Read Also: What Are The Best Downdraft Range Hoods?

What Are The Tools Needed?

Why Test Range Hood Prior To Install?

I always recommend to homeowners that they should check the range hood prior to installation.

If there is a three pronged plug with the hood, then you can easily plug in the hood, and check that all of the speed settings and LED lights properly work.

It is extremely frustrating to install a range hood and then realize that it isn't working properly and needs to be returned. Also make sure that the range hood came with all of the required parts prior to installing it.

How To Vent ZLine Range Hoods?

It is important to note that if you install a new range hood, these appliances need to be directly vented to the exterior. You do not want to vent a range hood into an attic, interior wall, or anywhere except to the outside.

Readers love my new guide on whether range hoods have to be vented to the outside, and it goes over this problem in detail.

The exception to this rule is if the range hood clearly states that it can be converted to a ductless or self-circulating installation, which usually requires the addition of a charcoal filter.

Read Also: How To Install A Range Hood Vent Through The Ceiling?

It is also a good idea to minimize the number of bends in a duct so it will minimize friction and performance loss as recommended by Zline.

Also, if you can opt for rigid metal ducting, this type of duct is always superior to flexible ducting with ridges. The smooth surface of metal ducting allows for more air flow and better range hood performance.

Read Also: What Are The Best Range Hood Inserts?

Installing a ZLine range hood is pretty straightforward if you have all of the required tools, and I recommend that you read the ZLine installation manual carefully.

I probably wouldn't even try installing a range hood without a lightweight cordless drill since it can make the install so much easier.

If you don't have to install a new duct to the outside, then the hood install can probably be done within a few hours.

Just remember my golden rule to range hood installations, always test the ZLine range hood by plugging it into an outlet prior to installing it. You don't want to go through the hassle of an installation only to find out it isn't working properly, or that you are missing parts. 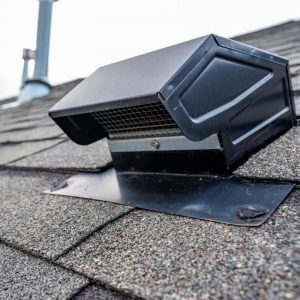