If you want to fix a broken ceiling fan chain, this guide will take you step-by-step to repair it!

As a licensed home inspector, I have seen numerous problems with ceiling fans, but a broken pull chain may be the most annoying!

The good news is that if the pull chain is broken on the outside, then homeowners just need to get a new pull chain with a connector — and snap it into the old chain. It only takes a few seconds.

But if the pull chain isn't visible at all, then you will need to replace the internal pull chain SWITCH.

If your ceiling fan chain broke, keep reading to learn how to fix or replace it!

What To Do If The Ceiling Fan Chain Broke?

Before you start repairing the pull chain, it is essential to determine whether you can just install a chain extension, or if you will need to replace the chain switch.

The pull chain switch is an internal mechanism that is attached to the pull chain. It has a few electrical wires that send the signal to the motor to change the fan speed.

If the pull chain is completely missing, that means the ceiling fan chain broke off INSIDE, and you will need to replace the internal switch and install a new chain. If you are very handy, you may be able to take apart the pull chain switch and re-install the chain.

However, it is usually easier to just buy a new switch mechanism for around $10 than to attempt to repair the pull chain switch itself.  Reattaching a pull chain to the switch can be very challenging, and the part is only around $10, so it is easier to just replace it!

New ceiling fan chain switches will have 3-5 inches of pull chain already coming out of them.

When there is at least an inch or so of chain coming out of the housing, then you can just install a pull chain extension and have it fixed in a few seconds.

Since there is still some chain coming out of the fan housing, there is no need to mess with the internal pull chain switch.

A new pull chain will have a connection point where you can just attach the new chain and snap it into place.

If you plan on replacing the internal switch, always shut off power before you start!

And always double check that the power is off with a non-contact voltage tester!

These voltage testers cost just a few bucks and it will light up or beep when it gets close to the electrical wires if there is still power.

Here are the essential items you will need to replace a broken ceiling fan chain:

The first step in fixing a broken ceiling fan chain is always to determine if you can just install a new chain extension—or if you will need to replace the switch.

If the ENTIRE chain is missing from the fan housing, you will need to replace the internal pull chain switch. If your ceiling fan has two chains (one for light and one for fan), you will have two separate switches for each chain. You will only need to replace the 1 switch for the chain that broke.

Read Also >> What Are The Best Bladeless Ceiling Fans?

Always shutoff power to the ceiling fan at the circuit breaker and wall switch prior to changing the pull chain switch.

We also recommend one last step and use a non-contact voltage tester to make sure it is truly off.

Remove or loosen the metal chain collar associated with the chain that is broken.

This step is essential because once you remove the fan base, it may be difficult to remove the chain collar.  The chain collar needs to be removed because it is attached to the internal switch, otherwise the switch won't be removable.

To remove the chain collar, simply twist it with your hands counter-clockwise.

If this doesn't work, you will need to wrap it with a rag or paper towel and use pliers to twist it loose.

Remove the bottom section of the ceiling fan housing in order to replace the switch.

Every ceiling fan is different, but there will likely be 3-4 screws which will have to be removed before you can pull it off.

And be careful when you remove the bottom housing because wires will still be attached to it.

The ceiling fan switch is typically right behind the chain collar, and it looks like a small plastic part sometimes with a transparent side.

The switch won't be removable if you didn't remove the collar previously.

The switch will be attached to at least two electrical wires, but may have as much as 4 separate wires. These electrical wires will either have to be cut or you can just loosen the wire nuts. If possible, take a picture of the wires with your phone prior to removing them from the switch so you can reference it later.

Read Also >> How To Hang A Ceiling Fan In A Mobile Home?

Make sure that the wires are correct according to the switch instructions or to the photograph of the old wiring that you took with your phone.

You may need to use a wire stripper to remove part of the insulation of the wiring that isn't exposed. You can connect the wires using wire nuts or quick connects.

Step 7 - Thread The Switch Pull Chain Through The Collar

New pull chain switches will typically have 3-6 inches of chain already coming out of them.

You will need to thread this pull chain back through the metal collar which you removed previously. Simply screw the collar back in place onto the new switch with clockwise turns.

Install the bottom part of the fan housing that you removed earlier.

It is essential to line up the notch of the housing with the exterior reverse switch (reverses direction of fan) otherwise you may not be able to re-install it.

Use your screwdriver to re-install the old screws.

Read Also >> What Are The Best Industrial Ceiling Fans?

Step 9 - Turn On Breaker And Test The Ceiling Fan

Turn on the breaker and flip the wall switch so you can test the ceiling fan.

Pull on the chain and make sure it works!

A broken ceiling fan pull chain can be extremely frustrating, but sometimes the solution is super easy.

If there is still a visible chain on the outside of the ceiling fan, all you need to do is buy a pull chain extender for a few bucks. A tiny connector piece will connect the old chain to the new chain, it just snaps into place!

But if there isn't a visible chain, you will need to replace the internal pull chain switch. The switch will have to be wired in the same way as the old switch, and it will take a little bit of legwork.

I hope you enjoyed this guide from Home Inspector Secrets, and I had fun writing it! 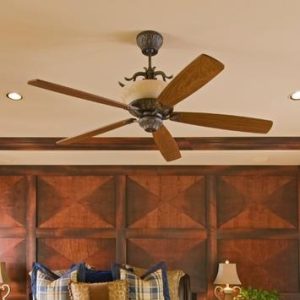 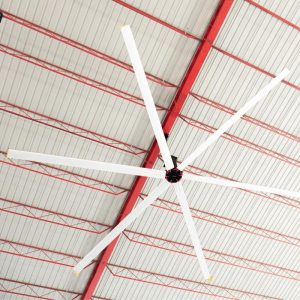