Home » Home Inspections » How Much Does A Home Foundation Inspection Cost? (2022 Estimate)

How Much Does A Home Foundation Inspection Cost? (2022 Estimate)

A big foundation defect can definitely cause buyers to walk from the purchase, you may also be interested in reading my guide on 7 things that can fail a home inspection.

Foundations need to support the ‘dead load’ of the house as well as the live load of home furnishings and the occupants.

Sometimes a foundation problem can come from something simple like poor grading and defective downspouts channeling water towards the foundation. Other times the home may have problematic clay or silty soil that is expanding and contracting putting pressure on the foundation.

In this guide, I go over…

What's In This Guide?

The Cost of Foundation Inspections

Home inspectors inspect foundations as just a normal part of our home inspections, but sometimes we get asked to do specialty inspections for only foundation issues.

For a home inspector to only inspect a foundation, we will likely charge anywhere between $100 to $300. This includes the on-site inspection, as well as a report with pictures. Though you will have to expect that we will recommend further evaluation by a structural engineer if we deem any of the issues potentially serious.

Read Also: How To Inspect A Home For Asbestos?

When I perform a foundation inspection, I am looking for cracks (small or large), signs of movement, bowing, and anything unusual. The most common reason for foundation problems is poor grading and a malfunctioning gutter system.

“I noticed numerous areas of cracking on the exterior, signs of settlement, and the rear addition appears to be sloping. Evaluation of the entire home by a structural engineer is strongly recommended prior to closing.”

Downspouts should have extensions that direct water several feet away from the home. The most problematic areas of home foundations are the corners. And unsurprisingly, it is usually because of the downspout discharging hundreds of gallons of water right next to the foundation. The downspout is missing an extension, and may even be missing the basic elbow.

Water next to the foundation can cause frost heave which is another ‘natural event’ that can lift up footings, move foundation walls, and cause other problems. Frost heave issues occur when water freezes in the soil causing it to expand.

Hairline cracks in foundations are extremely common, and I only point these out in inspection reports because my clients expect me to, and I state to “monitor the hairline crack” but they are usually a cosmetic concern.

Read Also: What Are The Top Questions To Ask During A Home Inspection?

In the home inspection above, you can see that it doesn’t take a genius to realize that this home has some problems.

The home had a concrete block crawlspace foundation with brick piers. The common rule for home inspectors is to recommend evaluation by a structural engineer for cracks greater than a 1/4″ in thickness.

The home had signs of settlement around much of the property, and there was an addition that had significant signs of sloping.

Brick walls are usually the exterior facade which is a type of siding. So cracking and issues with the brick aren’t necessarily structural in nature, but this house had enough cracking and indications of settlement that an engineer was called out.

Inspecting Piers And Columns For Defects

“The crawlspace has a deteriorated vapor barrier, missing and falling down insulation, an old well, a deteriorated joist, cracking masonry block foundation, signs of possible termite activity, improper joist notching, signs of a mold-like substance, a dry-stacked block column, and a leaning block column. Evaluation of crawlspace for these issues (and to look for more problems) by a qualified contractor and a structural engineer prior to closing is strongly recommended.”

Piers and columns help support the weight of the load of a home, and it can be below grade or above grade. The difference between a pier and a column is largely semantics — if it is made of CMU block it is usually called a column.

In the picture above, this home had two problematic concrete block columns. One column was heavily leaning, and it probably didn’t have a footing or it was the wrong size.

Concrete columns shouldn’t just go to the ground, they should have their own appropriately sized footing to prevent leaning such as what is shown in the picture above.

The block column appeared to be dry-stacked which means that they were loosely laid on top of each other without mortar. This CMU column was also missing a solid cap. The top concrete block also had it’s hollow side improperly laid sideways. A cap is the top of the block column that should be made from a single CMU that is entirely filled with grout.

There are also height limitations to CMU columns, the maximum height of a standard 8-inch by 16-inch block is 80-inches, and the minimum height is 32-inches.

Read Also: How Do You Perform A Home Inspection For Mold?

“Numerous hairline cracks along foundation. I also observed at least one larger half-inch foundation crack improperly filled with caulking. Evaluation of the foundation by a structural engineer and/or a highly qualified contractor is recommended.”

Home inspectors don’t just look for unnoticed foundations problems, but we also try to verify that repairs were done correctly. In the picture below, the poured concrete foundation had some cracking (about 1/2″ or greater) that was filled caulking.

Now, the professional repair for concrete foundation cracks is usually performed by injecting epoxy resin deep into the crack that can have a structural strength of over 9000-psi (about 3 times stronger than concrete). Caulking will not give the foundation any additional strength, it just seals the crack to prevent more water intrusion.

Read Also: Should Sellers Be Present During The Home Inspection?

Should You Get A Home Foundation Inspection?

Whether you a hire a home inspector, an engineer, or a foundation repair company to evaluate your foundation, it may be well worth the money. If a foundation problem gets out of control, it can literally cost a fortune to repair.

However, homeowners should keep in mind that most foundation problems are caused by very simple issues such as poor grading and bad drainage. But once in a while, problematic soils like expansive clays or silt can cause serious foundation movement and settlement. 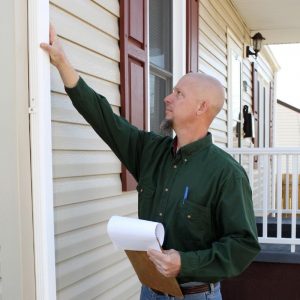 How Much Does A Home Inspection Cost? (Average Prices) 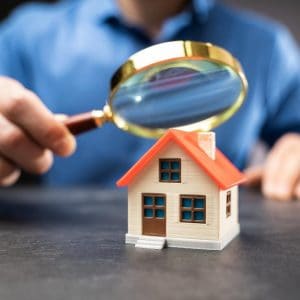 Top 16 Key Questions To Ask During A Home Inspection 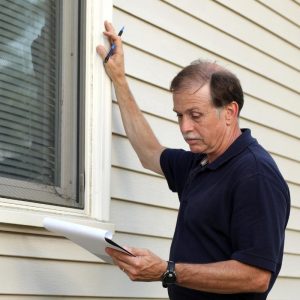 How Long Does A Home Inspection Take? (5 Factors For Time) 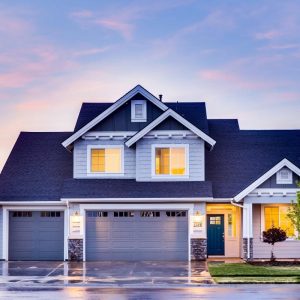 How To Pass A Home Inspection (How To Prepare?)

What fixes are mandatory after a home inspection? [2022 Guide]

Top 16 Key Questions To Ask During A Home Inspection