Tired of having little extension cords running through out your home? Want a new receptacle instead? If so, you have found the right place to help you install one safely!

In most situations, it is quite easy to add a new outlet, but sometimes the install may require a professional to come and do it for you.

If you have a good understanding of general electrical wiring, you shouldn't have any problems installing a new outlet.

If you are unsure about handling this project on your own, please call your local electrician for help or guidance. Electrical shock has the potential to kill, and poor connections or wrong wiring has the potential to cause fires. You can read this helpful guide on home wiring hazards from the CPSC.gov site.

Keep reading to learn the 7 steps on how to install outlets to existing circuits!

Best Location For New Outlet Is Opposite Existing Outlet

Where are you putting the new outlet? The best scenario is to put it where you have an outlet directly on the other side of the wall or to have one directly below.  The existing receptacle must land in the same cavity between studs if you are not planning on pulling drywall down or cutting a huge hole in your wall.

Circuit Breaker Should Be Max Loaded To 80%

You need to know is if the circuit you want to tie into can handle the extra load of another receptacle.  Per the National Electrical Code, circuit breakers are only supposed to be loaded to 80% of its rating.  This means a 15 amp breaker is only supposed to have 12 amps on it. If you have a circuit that you have problems tripping breakers already, do not add another outlet to it!

Be sure not to tie into a circuit that feeds a bathroom or kitchen! These areas have specific rules laid out by the National Electrical Code and are not supposed to supply power to any other area.

Use An 'Old Work' Style Box To Install An Outlet

You will want to have an "old work" or "remodel" box on hand before beginning to wire outlets. These boxes have tabs that flip up to hold it in place in the wall.  They come in many different sizes. In most cases, you will want a single gang box which will hold one receptacle, or a double gang box that can hold two receptacles.

Read Also >> How To Wire A Light Fixture With Red, Black, And White Wires?

Supplies And Tools Needed To Add An Outlet

7 Steps For Wiring An Outlet

Step 1 - Turn Power Off At Breaker

Turn the power off at the breaker to the circuit you plan on using. Using your screwdriver, remove the cover plate and the receptable from the box.

Carefully touch one probe to the brass screw while touching the other probe to the green screw; your meter should read zero volts.

Using the stud finder, identify the two studs the existing outlet is between. Putting a piece of painters tape on each of the studs can help get the new outlet in the correct spot.

Once you decide where you want your box, place the face of it against the wall and use a pencil to trace around it.  Take the drywall saw and cut along the line, you can make sure the box fits but don't fully install it yet.  You may have to trim a little to get the box to fit straight.

Read Also >> How To Wire A Standard Light Fixture?

Lay down a new electrical cable between the new outlet and the existing outlet.

You will want enough wire so it will extend a minimum of 6 inches past the edge of the box. This is a requirement of the NEC (National Electrical Code).

Press the box into the hole until it is firmly against the wall.  Using a screwdriver, turn the screws on the face of the box to flip up each tab and tighten until the box is secure.

Step 4 - Wire Up The Existing Outlet

Using your utility knife, gently strip the white cable jacket off starting from where the cable enters the box.  Once you have the wires separated, strip off roughly 3/4 to 1 inch of insulation off each one, using your wire strippers.  This will be the same process for the wire in the new box.

You will need a black, white, and bare wire pigtail.

Take the existing black wire and tie it together with a black pigtail and the black from the new cable using a yellow wire nut. The pigtail will then terminate on the brass screw of the outlet.

While holding on to the wire nut, give each wire a good tug to ensure you have a good connection.  If one pulls out, take the wire nut off and redo the connection.

Once everything is good, take your electrical tape and wrap it around the body of the outlet, covering all the bare wire and the termination screws.

Step 5 - Wire Up The New Outlet

Connect the wiring at the new outlet.

As previously said, strip the outer jacket off and strip the end of each wire. Using the tip of your strippers, pinch the end and curl the wire around creating a hook.

Take the black wire and hook it over the brass screw of the outlet and tighten it down. Repeat the process for the white landing on the silver screw and the bare landing on the green ground screw.

Again, once everything is good, take your electrical tape and wrap it around the body of the outlet, covering all the bare wire and the termination screws.

Fold the electrical wires into the box and install the covers.

After you have wired up both outlets and double-checked all connections, tuck the wires into the box.  It is easiest if you fold them in an "S" shape, this helps them fold into the box while you press the receptacle in. After installing the outlets you can screw on the cover plates.

Step 7 - Turn Power On and Test

Flip the breaker back on and test the outlet.

Once everything has been put back together, you can safely turn the power back on and test your outlet! Turn on that TV and sit back and relax! You can also use a plug-in receptacle tester, if you have one, to verify your outlet wiring.

How Do You Wire An Outlet From Another Outlet?

Using an old work box you are able to easily install a new box and fish wire between the existing outlet and the new one.

Can I Add An Electrical Outlet Myself?

Yes you can! Adding an electrical outlet simply requires a knowledge of general electrical wiring and some hand tools.

How Do You Tap Into An Existing Outlet?

How Hard Is It To Add Another Electrical Outlet?

Depending on location and length of wire run, it can be a fairly simple task.

Safety is the most important thing! Make sure you have the power turned off before you begin! Take the time to look over what you have to ensure you have the right materials and a good location for your new outlet.

If you have any doubts, questions, or are no longer feeling comfortable about working on it, be sure to give your local electrician a call to come give you a hand! 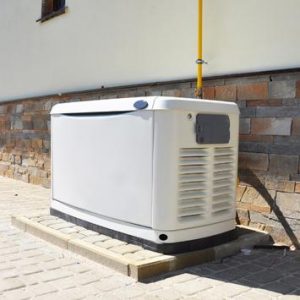 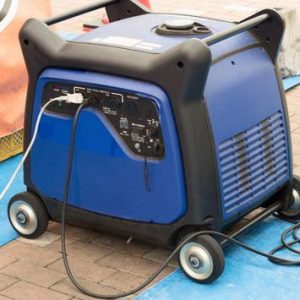 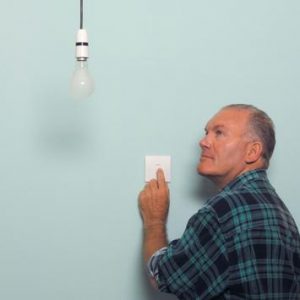 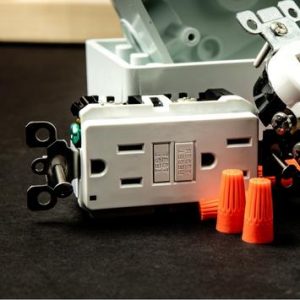 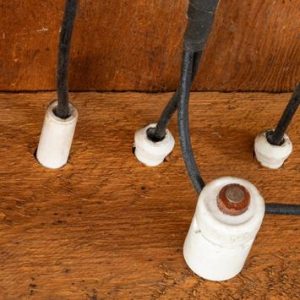