Semi-frameless shower doors can add an open and contemporary feel to any bathroom.

In this product review guide, I will go over... 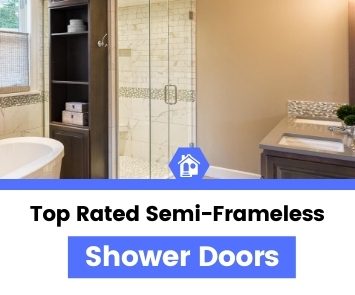 My overall top pick for the best semi-frameless shower door goes to the Delta Trinsic. This sliding shower door is made out of 1/4-inch thick tempered glass, and it has a special glass texture so it looks like rain is going down it. The frame is made out of anodized aluminum to resist rusting, and it has modern trinsic door handles.

What Is A Semi-Frameless Shower Door?

A semi-frameless shower door is a shower door that is an outer frame, but there isn't any framing in between the glass doors. In contrast, a fully framed shower door has both glass doors surrounded by metal framing — including the middle and vertical frame.

With a semi-frameless unit, the entire inside of the frame is clear or opaque glass — giving it a more modern and stylish look. And with a frameless shower door, there is no middle verticle frame, but there also isn't an overhead horizontal frame.

You might say that the semi-frameless shower door looks stronger, since it has an outer frame, but not as fully "glassy" as an entirely frameless door.

Also, since there is an upper track, the glass doors have less wobble and movement when you open and close them.

Read Also: What Are The Best Frameless Shower Doors?

How To Install A Semi-Frameless Shower Door?

The most important consideration when installing a semi-frameless glass door is that it will fit properly. You only want to take measurements after any tiling work.

And each semi-frameless shower door will have out of plumb limitations. For example, one shower door manufacturer may have a 1/4-inch out of plumb clearance which means that your walls can be uneven up to a quarter inch — and still not have a problem with the installation. In addition, most of the metal frames can be cut horizontally in order to shorten it by a few inches.

It's also crucial that you carefully handle the glass door.

Probably one of the most common complaint about glass shower doors (all types) is that they are prone to shatter.

Since the glass is tempered, there won't be any large shards, but it can still injure you, and cause many pieces of glass to go all over the floor.

How Much Does It Cost To Install A Semi-Frameless Shower Door?

The type of contractor you want to install a semi-frameless shower door is one who is skilled in bathroom remodels. This is the person who has experience with installing tile, tubs, and showers.

For labor only, the cost to install a semi-frameless shower door will be in the $250 to $500 range — provided you supply the door. If no serious problems occur, the installation can happen in an afternoon.

Read Also: What Are The Best Dual Flush Toilets?

Most semi-frameless shower doors will have glass that is anywhere from 1/4-inch to 3/16-inch thick. This glass should be tempered, and preferably ANSI certified. ANSI is the American National Standards Institute and it upholds safety standards for glazing materials.

The importance of tempered glass is that it avoids the larger shards if shattered to help prevent the glass from hurting anyone. Instead, just like your front car windshield, it will shatter into many tiny pieces of glass.

In addition to tempering, some glass doors are clear colored, and others are opaque. Any opaque colored glass gives the user more privacy than the clear colored doors.

In addition, some semi-frameless shower doors have specific textures on the glass such as the Delta Trinsic. This shower door has a texture so that when the water goes down the door, it looks like rain.

Many semi-frameless shower doors also have glass coatings that can help prevent spotting and the buildup of mineral deposits.

Read Also: How Do I Stop Condensation In My Bathroom Fan?

Here are my reviews of the best semi-framless shower doors. Check it out below...

My #1 top pick for the best semi-frameless shower door goes to the The Delta Trinsic. This premium sliding shower door has a frame made out of anodized aluminum so it can resist rusting, provide strength, and it can be easily cut to fit your shower.

The door glass is 1/4-inch thick tempered ANSI-certified safety glass, and it has a texture so that looks like rain is running down the door.

Delta designs all of their shower doors to have some flexibility with out-of-plumb walls... up to 3/8-inch. And the Trinsic door handles provide a modern and contemporary look, but they also have Classic and Windemere handle options.

It includes a special shower glass protection coating that helps prevent mineral deposits and soap film —reducing the need for cleaning. The shower door is made out of 3/16-inch thick tempered glass with an obscure finish for privacy and style.

The glass is 5 times stronger than normal glass. Both sides of this shower doors can move the length of the slotted roller. The metal finish is designed to protect against rust and corrosion.

The DreamLine Infinity-Z is a quality semi-frameless shower door for your bathroom.

The Infinity-Z features one stationary panel, and one sliding door panel — it is also reversible to fit your shower.

It can handle up to 1-inch out of plumb walls for an easier installation. And the 1/4-inch thick glass is colored clear, and it is certified tempered glass.

The finish of the frame is chrome, but it also has a bronze and nickel option.

The DreamLine Essence is a stylish and modern semi-frameless sliding glass door.

These shower doors are both fully sliding, which means you can enter from either side. The custom door rollers create a smooth and quiet opening.

And the Essence can accomodate up to a 1/4-inch out of plumb wall for an easier install.

It is a bypass door which means each side is fully openable so you can enter from either side. The frame is made out of premium aluminum and the handles (towel racks)  are stainless steel.

The glass is 1/4-inch thick certified ANSI tempered, and it is clear colored.

And the door rollers are made of copper for smooth and quiet operation.

My overall #1 top pick for the best semi-frameless shower door goes to the Delta Trinsic. Here's why...

The glass has a special texture so that it looks like rain is falling down the door. It gives a nice spa-like ambience that other doors are missing.

The frame is made out of anodized aluminum so it is made to resist rusting, provide strength, but it can also be cut to fit.

If you really want that contemporary look, the Trinsic door handles are a great feature.  There is also the Classic and Windemere handle options available. 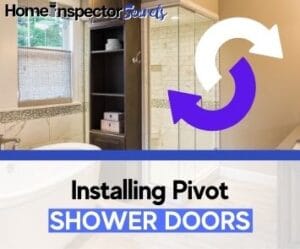 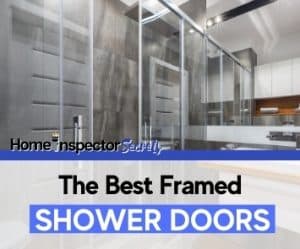 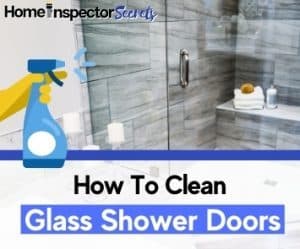 Don’t you hate it when your glass shower door becomes cloudy and gross? Soap scum can 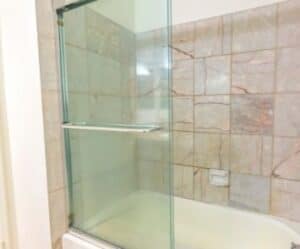 How To Measure For A Shower Door Install? Measuring for a new shower door isn’t 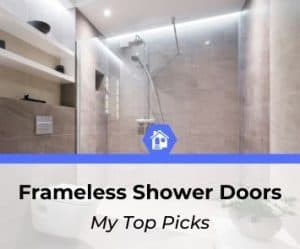 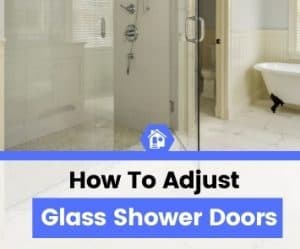